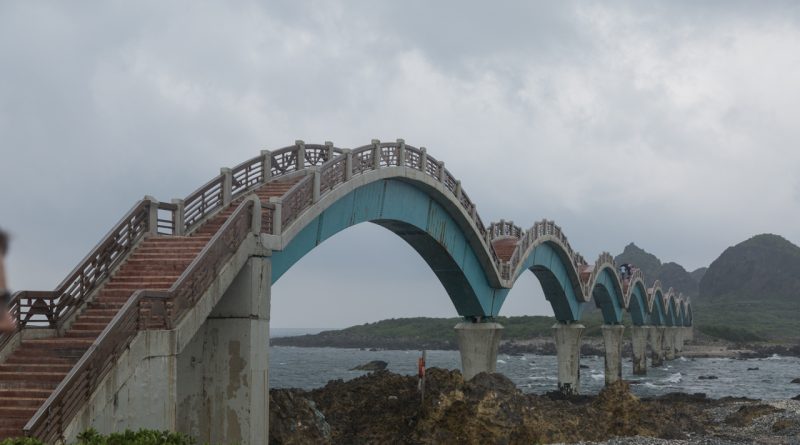 A massive adventure like the one we were currently undertaking prevented us from staying in one location for too long. With that in mind we said our goodbyes to Hualien and continued South along the shores. We stopped briefly at the Hualien Visitor center in order to send off a post card and snap some photos of the local fish in a a pond. Continuing South we once again made a quick stop at a maker for the Tropic of Cancer. This is the dividing line between temperate and tropical zones, and we’re about to spend more time in the tropics!

Some of the caves we passed alongside the mountains were said to be homes of immortals. We, however, did not have the time to stop and say hello to the spirits.

The rain had been pouring down off and on, and we were hoping that we wouldn’t encounter rain during our next stop to meet the 3 Immortals. In order to meet these 3 we were required to cross the Eight Arches Bridge, which is quite literally named, if I do say so myself. With the winds buffeting us and the rain pouring down off and on, we braved the weather to see what lay ahead of us. Before we crossed the bridge we decided to check out the pebble beach and found that like the bridge, this beach was quite aptly named.

Remarkably we spotted some rocks that had hidden shades of green in them, which added nicely to the color of the beach itself. With the rain suddenly dropping down hard on us, we sought shelter behind some large volcanic rocks to wait out the worst of the rain. Once the rain subsided a little, we pressed onward through the path to the bridge. Along the way we spotted some large cherimoya/pineapple type fruits, though we had no idea what they were. Also, an extremely large spider. GROSS! Sanxiantai Island here we come! When we got into clear view of the bridge I counted the arches to be sure. Yup! 8 arches! This is the right bridge. Under the bridge, clear water crashed along the rocks. As we crested each arch, I could see in the distance the 3 immortals, carved from volcanic rock. We began to imagine in our minds a certain scene in a certain Star Wars film; it very much felt like those green-laced mountains surrounded by water. Securing our way to the other end we began walking around the rocks. There were a myriad of small openings that led out into the ocean, with mini-lagoons/coves which I imagined normally would be filled with water. We walked around the treacherous rocks, noting the oddly placed life preservers and spotted locals fishing off the edge of the rocks. Climbing our way to the top we discovered the lighthouse which was the modern guardian of the area. I began looking for Luke.

We made our way back down the winding stairs and rock, passing by a rope ladder setup for the fishermen off in the distance. After enduring the wind, rain, and immortals, we knew it was time to press onward.

Our brief stop here was the Water Running Up area. Not much to mention here, except water flowing uphill. WHAT!?

Another natural phenomena was on our list to view: Xiaoyeliu. Apparently named because of landscape similar to Yehliu on the North Shore, these rocks were uniquely eroded to create some interesting shapes. The rocks themselves had this warped, organic appearance and seemed to be a type of sandstone.

The formations varied and stretched their way all along the shore and it was really interesting to see the various patterns all so close to each other.

Now that we had our fill of rocks it was time to finish up our day. Our drive took us into Kenting National Park. 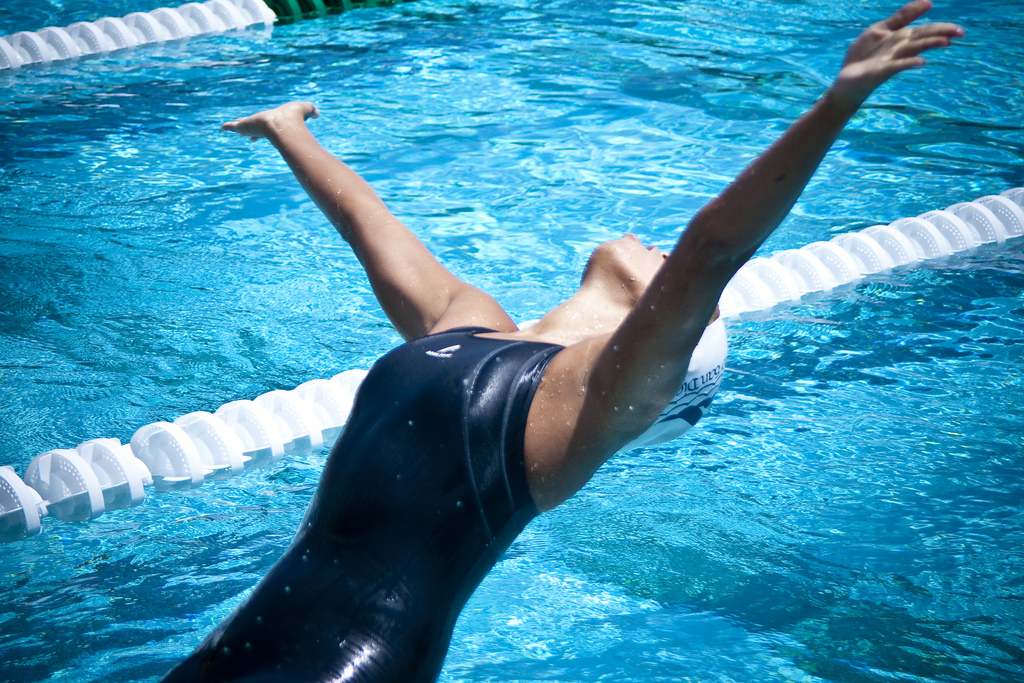 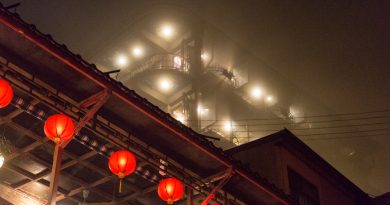 Spirited Away in Taiwan – Part Two 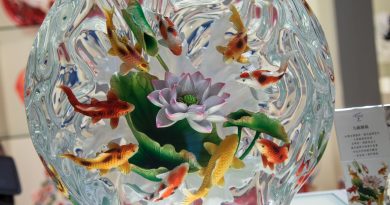 Spirited Away in Taiwan – Part 5